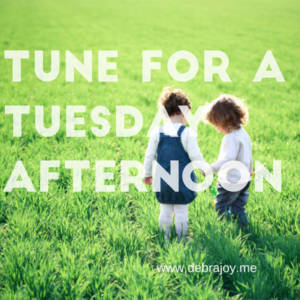 Elections can be such polarizing events.

I can easily get defensive of my position, sure of my rightness, and think you’re an idiot for your choice of candidates.

Or I can open my heart and be vulnerable. I can feel that under my posturing and anger, there is fear. And it gets in the way of love every time.

I mostly avoid the news, but I checked in for a few minutes of the Presidential debate Sunday night.

While I wanted to focus on differences, I couldn’t help but see similarities. Not to each other, but to me.

I wondered where all that hate had come from. Why would someone scorn people just because they look different, have other beliefs, speak a “foreign” language or are the opposite sex?

And I had to look at myself. Underneath my own disdain for the candidate there was fear. Fear that the results of this election could create more derision and division in this country. That we might widen the gap between the powerful, and the powerless and fuel more hatred and violence.

Hate’s not the opposite of love. Fear is. Hate is a secondary emotion that we often use to cover our fear. It makes us feel (artificially) stronger.

Feeling our fear makes us vulnerable. And we don’t generally like that. But vulnerability can lead to truth and intimacy.

So if I want to be truthful, I admit that this candidate is making me turn and face my own fear, and my desire to hurt. Though I’ve stopped myself, I’ve wanted to share nasty jokes about him, and dish the dirt when his name comes up. I have to remember that he’s a human with fears and insecurities that show up as posturing, armoring and bullying.

And I’m doing the very same thing in my mind when I think about him.

Realizing that gave me compassion: For the young child who perhaps didn’t have his own true nature reflected back to him in loving ways. Who maybe wasn’t taught that he’s enough, and doesn’t have to put anyone down to know his own worth.

Compassion: For myself. That I lose touch with who I really am, believe I’m separate from others and feel I have to fight to prove I’m right.

Alternate Routes, wrote this song, Nothing More, and have been using it to raise funds for the non-profit, Newton Kindness. This organization was created by the parents of six year old, Charlotte Bacon, who was shot and killed by a 20 year old who opened fire at Sandy Hook Elementary, just before Christmas, 2012. Joel and JoAnn Bacon faced a parents’ worst fear, not with hatred, but with love. Their organization teaches and promotes kindness and tolerance to young children, as a way to honor their daughter’s life.

It would be easy to turn this man into a monster, and make him the enemy, but he too was a human being with great pain. There’s nothing we can do to save the victims now. But we can remember that in each of us there is potential for great love, and how we treat each other matters.

So, when I catch myself feeling disgusted by a candidate, I’m going to pray for them, for me and for all of us. Because We are how we treat each other… and Nothing more.