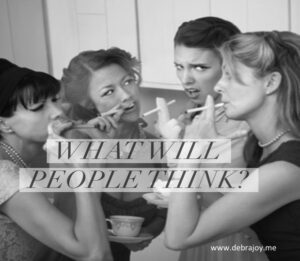 A while back I heard about a great TedTalk by Brene Brown. A few clients even said ” Have you read Brene Brown? She says what you’re saying. ” I keep meaning to watch her talk but haven’t yet. I even went to her website to check out her blog. I loved the colour, font choice and old fashioned typewrite, but I never got around to reading her blog. I can’t remember if she even has one. But from what I’ve heard, and the look of her site, I’m sure I’d like her.

I was grabbing some detective novels from the library the other day and added Brene Brown’s Daring Greatly to the pile. Finally I was going to get to know Brene.

On page 42 I read something that stopped me. She wrote, “I thought about a paperweight on my desk that reads, “What would you attempt to do if you knew you could not fail? I pushed that question out of my head to make room for a new question. As I walked up to the stage I literally whispered aloud, “What’s worth doing even if I fail?”

I was hot with shame. I could feel myself contract into the smallest version of my self. It was painful to be me. You see I wrote a blog with almost exactly those words. And I thought – what if people think I copied her? What if people think I’m just stealing ideas and promoting them as my own? Shame had been such a constant companion in my past, that it took me a moment to even notice its grip. Once I became aware of that old weight of shame it was quickly replaced with wonder.

Isn’t it curious that my first response should be a crippling shame and fear that people I don’t even know might think less of me, rather than melting with awe that we are all drawing inspiration from the same source, that ideas that want to be in the world will find their way through any willing vehicle, that people who have worked with me and found benefit from it are finding similar messages in other places. Rather than have those as my first response, it was fear about people I don’t even know, people who may not even exist. Fear was getting in the way of love. And the fear was just my imagination.

I hadn’t actually done anything wrong. It was the fear that someone might think I had, that made my stomach turn. I remembered the many times in the past that fear of what others might think stopped me from expressing myself, giving my gifts, and being true. I was surprised to see that fear was still there. But this time I breathed into it. Sat in the discomfort. Remembered who I am without that fear… and the shame dissolved. I then put down the book and turned to a detective novel. Brene and I will meet another day.

People you consider great risk-takers, inventors, change makers and leaders followed their impulses and did what they did in spite of what people might think. But that doesn’t help you right now. So, what can you do?

Over the years I’ve learned to let the love inside me overcome the fear. I don’t do it 100% of the time, but when I do, I allow that love to be expressed in whatever way it wants.

I’ll bet you are braver than me, but if at times you feel the glorious impulse to express what’s inside you, and then you worry about what others will think:

If I imagine love is all there is, and I let it guide me, what would I do now?

The love inside you is stronger and softer, more compassionate and inclusive than the fear.

AND…If the world would benefit from someone you know letting their light shine, please feel free to share this with them.

One thought on “Overcoming the fear of what other people think.”