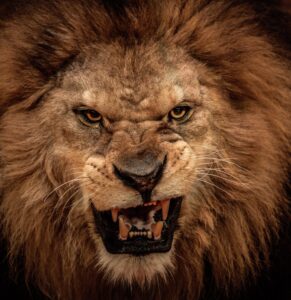 Actually I’ve never met the Dalai Lama. I’m basing this only on what I’ve read. And perhaps I’m misinterpreting his words. Maybe if we sat down over a cup of tea or shots of tequila I’d discover that we’re saying the same thing about anger: That it’s just energy, and moving it and expressing it are a wholesome part of a healthy life.

I grew up with a dysfunctional relationship to anger. I feared it. And disowned it. You see my dad was explosive. We’d be having a lovely time and something would set him off – BOOM – He would rage! He didn’t hit us, but his screaming tirades had me fearing for our safety. In my very young world his rants were life-threatening. He didn’t stay with us for long, but my fear of anger lasted for decades.

In my thirties, my acupuncturist kept explaining that my liver was “pushy”.  In Traditional Chinese Medicine the liver represents anger. I could admit I was angry about environmental destruction, cruelty to people and animals, and the many injustices in the world, but he was trying to nudge me towards something less rational, more primal. Try as I did I just couldn’t access it.

It wasn’t until some years later that I felt an explosive energy rise up in me. I was in a therapist’s office and he skillfully made space for me to express it. My immediate urge was to punch and slap and roar like a wild beast. His place was well equipped to allow all of it. All of me. If you’d seen me you’d say was I enraged, and rage it was, but what I noticed more than anything was that I was enlivened. Allowing this energy to be released the moment it was noticed was incredibly freeing.

Though roaring and punching with fist clenched tight I wasn’t aware of any thing in particular I was angry about. It was just pure energy flowing through me. No doubt it was decades of anger I’d pushed down into my body that were erupting like a volcano. It was that primal energy my acupuncturist had been pointing to so many years ago. When thoroughly exhausted I lay in a heap on the floor I began to laugh… and laugh… and laugh. There was unbridled joy trapped behind that geyser of energy, and though I’d never been aware of holding it in, releasing it was the portal to the joy that was trapped underneath.

There was no story that accompanied this outburst. No face I was seeing as I punched and screamed. No bitterness or resentment when I was done. I wasn’t holding anything in. Like an animal I had let it out and let it go. I had shaken it off and it was over. It wasn’t the end of anger. It was the beginning of freedom from holding it in.

Since I don’t live in the soundproof safety of a therapist’s office I don’t let that energy flow anytime it bubbles up.I don’t go around striking out and screaming at people just because I feel it, and I recommend you don’t do that either. It’s never a good idea to aim all that energy at another person. It can easily be overwhelming, even traumatizing.

But I let that explosive energy out as soon as I can, in a safe place, rather than suppress it. Sometimes what starts out like rage, morphs into tears of sadness, followed by joy or relief. It always makes me feel more free and energized.

In the real world it looks something like this:

One morning I woke to my husband complaining about the protein powder I’d bought. It irked me. I felt annoyed before my feet touched the floor. It was the slightest tightening of irritation in my throat. I jumped to my old pattern which was to rationalize my way out of honouring my body’s sensations, saying to myself: “This is so unlike him.” He usually comes and sits on my side of the bed and greets me sweetly, brings me a cup of hot water and lemon, says ‘good morning sleeping beauty’. “You have no right to feel this way.” I told myself. “Get over it.”

So I pushed it down, as I’d done my whole life. It was just a little irritation. I’d get over it. But I noticed right away that I wasn’t feeling close to him. By stuffing down my feelings I had created a wall between us. He wasn’t even aware of it, and it wasn’t his fault. It was because I had just denied myself. I figured I had a choice: 1) I could keep my feelings stuffed down and work all day to recreate the connection I usually feel with my husband, or 2) take the time to honour the sensations of my body, the constriction in my throat, the tightening of my jaw, and see if it shifted things for me.

I warned Mark I was going to freak out for a little while and shut the door. I started smashing the bed, breathing heavily, grunting out my anger, even yelling a bit. He came in and asked. “Is this about me?”  “Well, Yes, and no.” I replied. Your complaints about the protein powder were the catalyst for this explosion, but clearly all of this rage is not about that.” I continued to freak out while he watched. I quickly reached the point where roaring turned into laughing. He laughed along with me. And that closeness I love so much returned.

By paying close attention to my body I notice subtle signals that energy wants release, whether it’s anger or joy or grief, (by the way, you don’t suppress one without suppressing the others)  and I am enlivened by allowing the energies to move.

For more on releasing emotions check out this post.

3 thoughts on “The Joy of Anger. Or why I disagree with the Dalai Lama.”

Feel better in two minutes - or less!Want to achieve your big goals in a way that is actually nourishing?

In this FREE two minute meditation, you’ll reconnect to your best self and get ready to take action towards your biggest, boldest goals.